Go Back to Slumber Party Wave 1 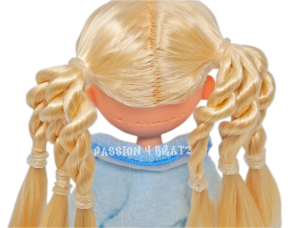 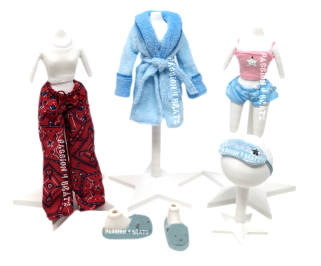 ​Bratz facts: All of the clothes, shoes, and accessories included with this Cloe, as well as her face screening, were used for Slumber Party Wave 2 Cloe. The main differences between the two waves is that the hair and makeup are different, and wave 2 Cloe has holes punched in the bottoms of the slippers.

Note: All prices will be in USD.  When it comes to buying Bratz, you may not always know where to start. The secondary market can seem pretty overwhelming, and it can be difficult to tell whether or not a doll is priced fairly if you’re not experienced. In an effort to help other collectors navigate…

Hey, Bratz fans! Passion 4 Bratz has finally gone live. I hope everyone is as excited as I am to see this database coming together. It’s been my dream to put together a database since shortly after I started collecting Bratz as an adult. I am proud of the work I’ve done to get this…