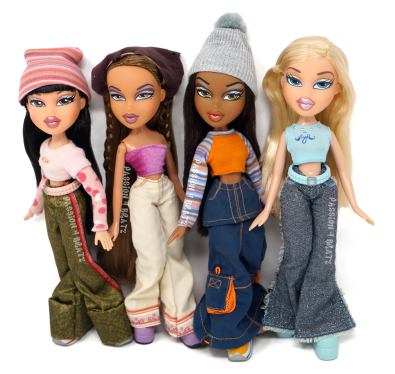 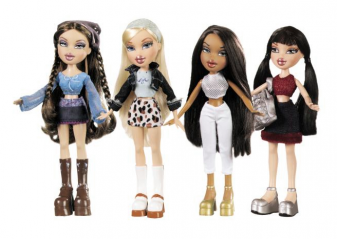 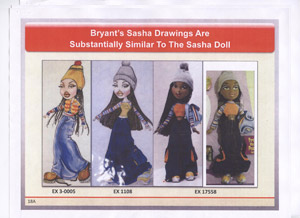 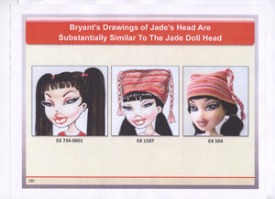 Dolls in this line: Jade, Yasmin, Sasha, and Cloe
Click on links to see more information and detailed photos of each doll.

Bratz facts: The First Edition Bratz were released in the US on May 21, 2001 and featured Jade, Yasmin, Sasha, and Cloe. They were also released in Canada, Europe, Japan and Australia.

​There are also 7 known box variants for each doll, except for Cloe, who had 8 variants. The detailed dolls were sold with either a solid purple logo, also referred to as the “non-holographic” logo, or a pink holographic logo. The solid purple logo is the earliest release of detailed dolls, but all other releases for the detailed dolls used the pink holographic logo. The only other detailed dolls to use the solid purple logo were distributed in Europe by Bandai. These boxes only showed either just the characters’ icons in the top corner of the box, or both the characters’ names and icons. These are the only detailed dolls to not come with posters. In 2005, MGA re-released the detailed dolls as a Target Exclusive Collector’s Edition set. These boxes are all the same as the pink holographic boxes, though sometimes some of the boxes had the Toy of the Year sticker on them. There is also a set of “Original Edition” Bratz. There are boxes of Jade that show a sticker that says “Exclusive at Tesco” and boxes of Yasmin that show a sticker that says “only at Woolworths”, so it is likely that these dolls were released exclusively in the UK. However, the only images that can be found for “Original Edition” Sasha and Cloe do not have anything denoting exclusivity, so it is not confirmed whether or not these dolls are UK exclusives.